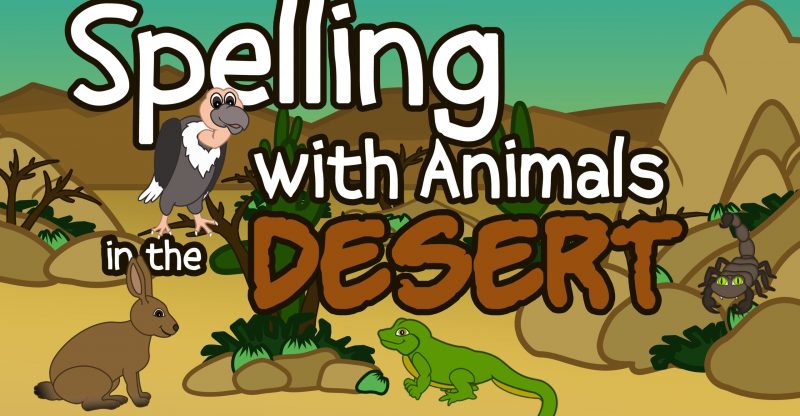 Let’s have fun learning about some of the animals in the desert! This exciting video for kids teaches spelling while taking a look into some of the most fascinating animals that live in the desert. Our desert animals video will leave you singing for more!

Our videos are easy and teach fun spelling for kids. We want our spelling songs and videos to help educate your children while enjoying the animation. Kids can easily learn spelling, from preschool age to kindergarten! Children love to learn with songs, and that is exactly what we aim for. Simple, fun, educational kids songs and videos the whole family can enjoy!

Learning is our number one priority! If you have any comments, questions, or requests don’t hesitate to contact us at…

Check out some of our top animated kids songs and videos…

Learn all about the ABC’s

Write the Letter A – ABC Writing for Kids – Alphabet Handwriting

Hey parents and kids, if you like learning with catchy songs and animated videos then subscribe to our channel. We make 3 new videos EVERY WEEK so you can keep on learning! Education is something we value highly, and we want to make it easy for children to learn while having fun. Our videos center around fun! So stick around and have some fun with us!